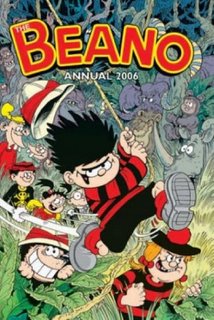 Keith Vaz, as Minister for Europe, famously declared that the Charter of Fundamental Rights had as much legal importance as that excellent comic, the Beano. That was then. Since those glorious days we had the Constitution for Europe, part of which is the Charter. The Constitution is supposed to be dead, having been despatched by the electorates of France and the Netherlands, but the Constitution and its various parts go marching on.

The Commission, for instance, declared in 2001

“… that any proposal for legislation and any draft instrument to be adopted by it would, as part of the normal decision-making procedures, first be scrutinised for compatibility with the Charter of Fundamental Rights of the European Union. It also decided that legislative proposals and draft instruments having a specific link to fundamental rights would incorporate a recital as a formal statement of compatibility. The legislature now automatically inserts this recital.”

Compliance with the Charter of Fundamental Rights in Commission legislative Proposals

Methodology for systematic and rigorous monitoring.

It seems that the Beano is acquiring a legal standing without anybody paying too much attention to it. Well, not quite. One can usually rely on the House of Lords to ask awkward questions.

“What is their response to the European Union Commission requirement contained in document COM (2005) 172 that the provisions of the Charter of Fundamental Rights must be enshrined in all new European Union legislation.”

No, no, no, said “Charlie” Falconer. You must not worry about any of this. The Charter “remains a non-legally binding document setting out existing rights”.

“The charter reaffirms rights already agreed by the member states in previous international human rights treaties, which include the European Convention for the Protection of Human Rights and Fundamental Freedoms. The communication lays down a sensible and transparent procedure.”

Of course, as Lord Willoughby de Broke pointed out, all that stuff about international agreements is irrelevant:

“Surely, the document deals specifically with the Charter of Fundamental Rights, which was part of a constitution that was knocked on the head by two member states in referenda. Do the Government believe that the constitution is dead and that, therefore, the charter is dead with it? If so, could the Minister please encourage the Commission to stop messing around by breathing life into a corpse, but to do something useful such as getting its accounts approved by the auditors for the first time in 12 years?”

It seems, however, that while getting the EU accounts approved by the auditors is an insignificant matter (doesn’t exactly signify anything to anyone), the Charter or the Beano is a wholly good thing. Never mind that it has no legal standing. Its provisions are of unparalleled excellence. In any case, Lord Falconer, produce as somewhat weaselly reply (well, what would you expect?)

“As I said in my Answer, the charter lays down existing rights; it is not a legally binding document. For example, it includes rights such everyone's right to life, which we would accept from other documents. It is perfectly sensible for the Commission to produce a document that says, "When we are thinking of legislating, we will make sure that we have complied with these fundamental rights". That is perfectly sensible and it is right that it says how it is done in every case.”

Dear me, you mean otherwise legislation would ignore everyone’s fundamental right to life, liberty and the right not to be tortured, as Lord Falconer says later on? Is it absolutely essential to have a special Charter to remind our masters in Brussels about it?

One must assume that Lord Falconer has not read the Charter or thinks no-one else has. Otherwise he would not have given such a hostage to fortune. As Lord Blackwell reminded him:

“… the reason the Government originally opposed the charter was that it includes a wide range of social rights as well as civil rights”.

When the Commission produces various bits of legislation, referring back to the Charter of Fundamental Human Rights, it will be referring back to various rights that are considerably less than fundamental and exist only in the economically sclerotic social-democratic paradise that is being imposed on all of us.

There is another aspect to the Beano and its legal standing. As Lord Stoddart of Swindon pressed the Lord Chancellor (yes, that is Lord Falconer):

“Is the noble and learned Lord quite certain that the charter has no legal force? Further, can he assure us that it is not in any way justiciable before the European Court of Justice? We have seen the European Court move things on of its own volition, with dire effects—the latest being in regard to Marks & Spencer on the Chancellor's problems with the deficit. Can he give us an absolute assurance that the ECJ cannot judge matters in this charter?”

As we know from legal opinion and at least one report from the House of Lords, the Charter is, indeed, justiciable before the ECJ and is being used “as an authoritative source in identifying and defining fundamental rights at the EU level”.

Lord Falconer’s reply was quite curious:

“As I made clear in my response to the extremely committed noble Lord over there, from time to time the European Court does refer to the charter, but I make it clear that it is not legally binding in this country.”

Now that, my lords, ladies and gentlemen is known as sophistry. As we know, the decisions of the ECJ are legally binding in this country. If the ECJ makes those decisions on the basis of the Charter of Fundamental Rights then, at the very least indirectly, that Charter acquires a legally binding character. Something the Beano has never had.