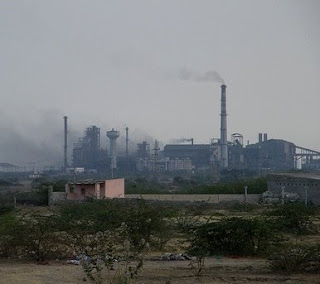 The shock announcement of the mothballing of the Redcar Corus steel plant – with the loss of 1,700 jobs - has The Times reporting the chief executive of the firm tearing into the government.

This is Kirby Adams, who complains that Whitehall, while trying to restore Britain’s financial sector to health, had failed to do enough for the manufacturing and construction sectors in which Corus's customers operated. According to the newspaper, though, Adams "admits" that it would have been very difficult for the government to support the firm directly "due to EU rules on state subsidies."

However, this did not seem to be a problem for the company's IJmuiden steelworks in the Netherlands, purchased in 1999 when it took over the Dutch company Koninklijke Hoogovens. Only at the end of last month did the company announce a €20 million project to build a "ground-breaking new pilot plant", with €15 million funding from the EU and the balance from the Dutch government.

The 60,000 tpa Hisarna pilot plant will harness a new process that makes possible the production of liquid iron from virgin raw materials in just a single step, eliminating two of the three production steps required in blast furnace iron making, thus making the plant one of the most efficient in the world.

That, of course, leaves the Redcar plant out on a limb, saddled with the increasing costs stemming from EU and UK rules aimed at reducing life-giving carbon dioxide emissions, making the plant overly expensive to run and thus uncompetitive against the hi-tech Dutch plant and the rest of the plants owned by the parent group, India's Tata Steel.

The claimed reason for the closure of the Redcar plant is " over-capacity" in the industry, with Tara producing more than 28 million tons a year, employing approximately 80,000 workers across four continents. Strangely, though, that problem does not apply to the Indian plants (one pictured).

Massive investment is required to see this expansion through, but as new plants will replace units with higher emissions per ton of steel produced – although more emissions than comparable European plants – they will qualify for "Clean Development Mechanism" funding, plus "green" loans and grants which Mr Brown is so kindly set to offer at the Copenhagen summit.

So, while the Redcar plant workers, and all workers from the suppliers and service enterprises, can celebrate their job-free status for Christmas, they can at least be comforted by the fact that EU funds – to which they have contributed – will keep their Dutch colleagues in work, while Mr Brown's largess will be set to employ ever larger numbers of Indian workers, all in the name of saving the planet.

Nevertheless, all is not lost. Corus will be keeping some men on, to handle imported Dutch and Indian steel, while Mr Brown has assured the redundant workers that: "There are things like training support which we can offer." Perhaps they can all become home insulation installers.