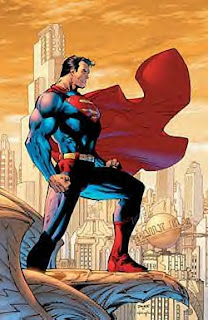 Is it a bird? Is it a plane? No, it’s the UN trying to get some credibility. According to a report in the Financial Times

In a move reminiscent of storylines developed during the second world war, the UN is joining forces with Marvel Comics, creators of Spider-Man and the Incredible Hulk, to create a comic book showing the international body working with superheroes to solve bloody conflicts and rid the world of disease.

The comic, initially to be distributed free to 1m US schoolchildren, will be set in a war-torn fictional country and feature superheroes such as Spider-Man working with UN agencies such as Unicef and the “blue hats”, the UN peacekeepers.

One wonders whether the Incredible Hulk or, for that matter, Spider-Man might not be better employed sorting out the real problems why the UN’s image is, ahem, a little tarnished.

It is not, pace Deborah Brewster of the FT, the United States government alone who find the UN a somewhat unpalatable organization. The reasons for that tarnished image might lie in stories like this. A week ago the Washington Post, among others, reported that

A U.N. task force has uncovered a pervasive pattern of corruption and mismanagement involving hundreds of millions of dollars in contracts for fuel, food, construction and other materials and services used by U.N. peacekeeping operations, which are in the midst of their largest expansion in 15 years.

In recent weeks, 10 procurement officials have been charged with misconduct for allegedly soliciting bribes and rigging bids in Congo and Haiti. It has been the largest single crackdown on U.N. staff malfeasance in the field in more than a decade.

The story is not precisely new and that may be why most of the media, old and new, leaves it wearily alone. But think what Spider-Man could achieve if he teamed up not with the “blue hats” who have been known to rape women and children or buy sexual favours for food in countries such as DR Congo but with Claudia Rossett, the woman who has doggedly pursued every scandal and every investigation that, somehow, never manages to lead to anything except for a few arrests and the odd conviction here and there.

Spider-Man and the Incredible Hulk, not to mention Superman and Batman could all team up with Ms Rossett and divide between them the various scandals, such as the membership of the Human Rights Council or of the Committee for the 2009 UN World Conference against Racism, that is likely to become another America and Israel-bashing anti-Semitic, anti-Western performance.

While Spider-Man and Superman could help Claudia Rossett (after all, Superman’s alter ego, Clark Kent, is a journalist), the Incredible Hulk could rush into meetings of various UN organizations and ensure that there was freedom of speech. Otherwise, you never know, the organization’s image might be tarnished.

He might prevent this bit of censorship, for instance, when a well-researched, carefully argued speech by Hillel Neuer, Executive Director of UN Watch was deemed to be “inadmissible” by the President of the UN Human Rights Council. With or without the Incredible Hulk, we referred to the incident when it happened.

Sadly, the Financial Times does not refer to any of this or speculate as to how the Marvel Comic heroes might deal with a lost cause like the UN’s image. Instead, there is a sneering reference of American use of comics during World War II.

The latest UN initiative is not the first time US comics have been used for political purposes. During the second world war, superheroes were shown taking on Germany’s Nazi regime. Marvel’s Captain America, together with other characters such as Superman, were shown beating up Adolf Hitler.

The UN’s goals are somewhat different: according to its website, it hopes the comics will teach children the value of international co- operation and sensitise them to the problems faced in other parts of the world.

And that just goes to show how superior the UN’s goals are to that of the US government in that bit of unpleasantness in the early forties. Beating up Adolf Hitler? Oh my, my, my. How violent and insensitive. Pass me the smelling salts. Failing that, pass me the sick-bag.

Mention of Captain America (not one I know except by hearsay) reminds me of another attempt to harness the power of comic strips to tranzi political propaganda. I am sure our readers will reall Captain Euro, the intrepid and distinctly Aryan looking fighter for peace, harmony and European integration. 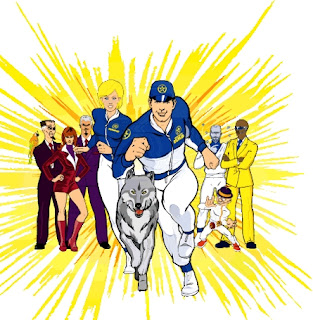 Captain Euro and his cohorts were part of an attempt at a concerted effort by the EU’s propaganda machine to use our money (no agreements with Marvel Comics for them) to produce propaganda for our children. As Daniel Hannan describes here, it failed miserably.

Captain Euro’s great enemy was Dr D. Vider (gettit?) a truly evil man. The Free Will blog had a good deal of fun at the expense of the whole concept [you’ll have to excuse the language].

DAVID VIDERIUS is a former financier. He is a multi-millionaire, used to making money no matter if it might involve the suffering of others. Banned and ostracised from the financial world for unprofessional conduct he managed to escape arrest despite his involvement in financial scandal.

I shit you not, the villain who threatens Europe is a wealthy "corporate criminal".

Having disappeared for many years, he reappeared as DR D VIDER. He manages a holding company, DIVIDEX, controlling hundreds of different businesses across Europe and beyond. His son and only family, Junior, helps him in his quest for power. His ambition for his son sometimes clouds his judgment.

THE GLOBAL TOURING CIRCUS, a huge travelling company that he secured when it was on the edge of bankruptcy, is now DIVIDEX'S base. Dr D Vider uses the circus as a cover for recruiting new members to his evil team from all over the world.

So, let me get this straight. He runs an evil Euro-circus? Couldn't possibly be... What about Junior? Why is he so evil?

The lack of attention he received as a child, has turned Junior into a sociopath.

These people are for real. Other villains in Dr. D. Vider's little circus include a midget with a yo-yo and an Amazonian parrot that likes caviar.

In other words, the evil enemy of the wondrous Captain Euro and his superlative team that consists of people who are Gaia enthusiasts, fabulous gymnasts and people who get their scientific ideas from science fiction is - ta-dah – a businessman, who is clearly crooked, as all businessmen are.

The man who creates employment, provides financial services and adds to the wealth of wherever he happens to be (incidentally, what is wrong with international business which breaks down national barriers?) is evil, evil, evil. The goodies are people who prat around as parasites on the body politic, financed by the taxpayer.

Despite a certain amount of excitement the idea did not take off. To be fair, even the Guardian thought it entertaining rather than a serious educational idea.

The good Captain is invested with the sort of history only a marketing company besieged by focus groups could devise. 'Born Adam Andros - the only child of a famous European ambassador and a professor of palaeontology,' reads his resume.

'Travelling the world with his parents, Adam learned to cope with the adult social world from an early age. As a child, participation in an experimental language programme enabled Adam to become a polyglot.' Ah - so that's how to become a good European.

But it's not all plain sailing for Captain Euro. Shunning the life of canapés and ambassadorial receptions that surely awaited him, he has taken a vow: 'to use, wherever possible, intellect, culture and logic - not violence - to take control of difficult criminal situations'. Oh, and in his spare time he paints European landscapes. 'The fingers that tap scientific data into Captain Euro's palmtop computer are often stained with paint.'

Yet despite the glossy packaging, it remains unclear just what Captain Euro is promoting. A single currency? Sure. But with his strong jaw and clean-cut morals, there is something more. Is Captain Euro a proponent of fortress Europe, an us-and-them world, secure for the haves and inaccessible to the have-nots? Asylum-seekers, take note.

This article points to the main problem with the comic – the looks of the characters. Captain Euro and his cohorts are superb specimens of physical attraction mostly on the Aryan side. Even the scientist is sexy and attractive.

Their main enemy Dr D. Vider has a distinctly semitic look and resembles the villains of cartoons in Der Stürmer of evil memory. He is assisted by “moustachioed, dusky-skinned cohorts”. Ooops!

Setting aside the political problem there, the creation shows a certain lack of knowledge. Comic heroes are not handsome. Superman may be clean-cut and strong-jawed but his alter ego is distinctly nerdy. Captain America is well-hidden behind his mask but his alter ego is weak and sickly.

Batman and Spider-Man are on the weird side and the others, such as the Incredible Hulk are complete fantasy. Nothing clean-cut or handsome about them. 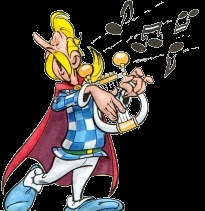 As for the best-known European comics the idea of good-looking heroes does not arise. The only remotely handsome character in Asterix is Cacophonix, the poet, who usually ends the story gagged and trussed up as he is about to spoil the feast of roast boar by singing some new-fangled composition.

Tintin, whom I like a good deal more than Mr Hannan seems to, is a funny-looking boy reporter. His friends, Captain Haddock, Professor Calculus and the ineffable Thompson twins, are not handsome gymnasts though the good captain has plenty of muscle power. Some people might admire Bianca Castafiore but for my money the only good looking character is Snowy the dog (Milou in French).

One can’t help feeling that there might be a reason for this. Maybe the creators of Captain Euro should have spent less time in focus groups and more time reading successful comics.

That leaves us with the UN and Spider-Man who “is preparing to take on a group that might be his most formidable nemesis: the likes of former American Ambassador John Bolton and other major critics of the United Nations”.

Here is a much better idea, developed by this blog without any focus groups or taxpayers’ money. Instead of producing idiotic stories about Spider-Man, the Incredible Hulk and whoever else being sensitive and Gaia-focused, why not have them fight the real baddies in the world, for example people who go around assassinating former prime ministers and present opposition leaders as they travel round some fictitious country on an election campaign?

Or here is another storyline that might work: how about Superman setting up a super-organization that whizzes round the world rescuing real journalists and bloggers who are trying to tell the truth about certain countries and political systems.

There would be plenty of righteous indignation and a great deal of pow! Wham! Kerpow! In fact, just like Captain America during World War II these comics could be so popular, they would not have to be sent out free to anybody using, one assumes, taxpayers’ money. Kids would queue up to buy them.
Posted by Helen at 18:19