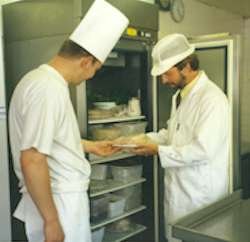 This morning, I took a call from a researcher with Radio Wales, who had picked my name from the BBC database as a food safety specialist. She was mooting running a piece on the anniversary of the Food Safety Act 1990, which came into force on the 1st January fifteen years ago.

The Act, of course, was in response to a succession of food scares, starting with the notorious salmonella-in-eggs scare started by Edwina Currie in December 1998, which merged into the Listeria scare of 1989 and then into BSE – which was to peak in 1997, followed by another scare over E. coli O157. 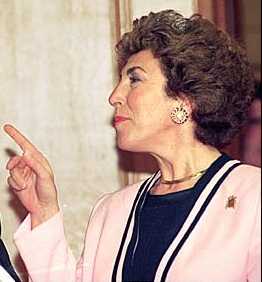 Given this background, when food safety has all but receded into the background, what my interrogator wanted to know, was whether the 1990 Act had marked a sea-change in our perception of food safety and whether it had had any lasting effect, or "legacy". My response was not helpful. The Act, I told her, was largely cosmetic, rushed out by the government as a knee-jerk reaction to demonstrate, in that time-honoured fashion, that is was doing something about public concerns.

But what it did represent was a historical landmark – it was the last piece of major legislation on food safety that this government ever produced. From thereon, the issue was taken over by the European Union and has become what is known as an "occupied field" which prevents any member state promulgating its own legislation.

At this point, as you might expect, the BBC researcher suddenly lost interest in the whole idea, but it would have made a fascinating story.

The turn-round came on 12 January 2000 when, to a crowded room of journalists in the heart of the European Union quarter in Brussels, then consumer commissioner David Byrne unveiled with a flourish the much-awaited White Paper on Food Safety which, amongst other things, set out plans for a European Food Safety Authority.

One of the key triggers to this was the infamous Belgian Dioxin scare of 1999, which finally alerted the commission to the existence of another beneficial crisis, from which the process of integration could be advanced.

But it was also the beginning of the end, not only for any rational approach to food safety but also my career as a food safety specialist. Already, in 1999. I had concluded a ground-breaking research project, re-evaluating the causation of over 6,000 food-poisoning outbreaks, occurring world-wide over the previous twenty years. This culminated in a paper which demonstrated that the traditional approach to preventing food-poisoning in commercial premises was flawed, and offered a new, exciting approach aimed at targeting the precise causes of failure.

On the back of that research, I embarked on a programme – supported by the Chartered Institute of Environmental Health, for whom I also wrote an instruction manual – of training local authority environmental health officers in targeted inspection techniques. Altogether, with a much respected colleague in the field, we trained over 1,000 inspectors.

But, time and time again, as we toured the country to deliver our message, we were told by inspectors that, although they wholeheartedly agreed with what we were telling them, nothing of what we were advocating could be put into practice, as the procedures and resources allocated were now dictated by EU requirements, which were progressively coming into force.

This led me in 2001 to write a pamphlet on quite how damaging was the EU approach to food safety. But it was to no avail. The new approach, dominated by paperwork and useless procedures, had become a bonanza for consultants and a new wave of gold-digger food safety “experts” and the message was drowned.

Oddly enough, the scare that had started it all – salmonella-in-eggs – had long since been resolved. It was never about eggs, which was a side show, but there had been a real problem with the emergence of a new strain of Salmonella, known as Salmonella enteritidis Phage Type 4.

What we found out was that this strain had a affinity to poultry and, although some (a very few) egg producing flock were affected, it was rampant in the national broiler flock – about which no government action was taken. But what made this salmonella different was that – unlike others – it affected the heart, giving rise to a condition called infectious pericarditis. The liquid in the heart sac became colonised with salmonella, creating an almost pure culture amounting to billions of organisms.

This effect gave rise to massive cross contamination, but also a quantum leap in the numbers of bacteria involved, which massively increased the risk of food–poisoning. The results we saw spread across the front pages of our newspapers. 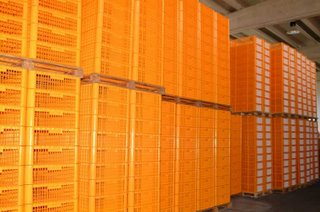 Funnily enough, the situation was resolved not by government intervention, but by the voluntary introduction by the poultry packers of automatic crate washers, the crates being the main way the infection was spread between poultry farms. That broke the cycle of infection – which was never feed-borne as the ministry thought – and the problem died away.

Now, as with politics, we have "two cultures": the increasingly bureaucratic world of legislative food safety, dominated by the EU, and the real world of food safety, where intelligent men and women are taking their own steps to ensure our food is safe, without any reference to the legislative code.

Gradually, however, the former is suppressing the latter, with who knows what effect and at what cost. This is another example of how the EU is gradually wrecking vital systems, and it would have been a fascinating story to tell. But, in the mainstream media, it will be a story that remains untold.