The tales of tosh 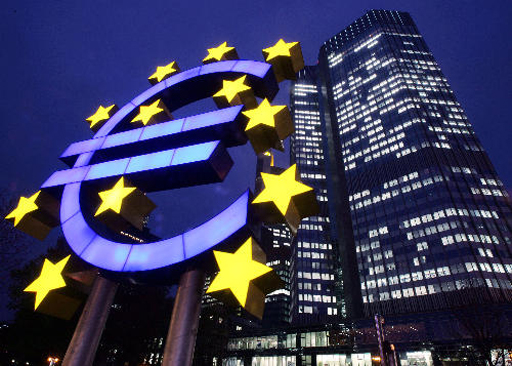 The wages of neglect are now being paid, as we see the torrent of commentary on the developing euro-crisis and related matters, where analysis beyond Janet and John level is required, and the commentariat is found wanting.

Up front are Pimco, the world's biggest bond investor. They, according to the Failygraph are warning that European governments "must rapidly commit to fiscal union or a partial break-up of the euro" to prevent a "fundamental erosion" in demand for the region's debt.

Well, a partial break-up of the euro is on the cards - although for debtors with debt denominated in euros, whose own countries leave the single currency, this is the worst of all possible worlds.

If their own currencies devalue, and thereby their income, that they are left with the prospect of paying escalating debts with a currency of declining value. This could apply even at the personal mortgage holder level, creating a nightmare scenario where thousands have to default and lose their homes, a scenario which in turn could trigger a massive, pan-European property crash.

But of the other option, what does Pimco mean, when says that governments must "rapidly commit" to fiscal union?

The Failygraph sets the scene here, stating – almost in ex cathedra terms that the German chancellor has vowed to create a "fiscal union" and signalled an uncompromising push for treaty changes at the "summit".

And there the whole fiction begins to unravel. What Merkel has "vowed" to do is not exactly known. Until we see the small print, on what she is proposing, there is a huge variation in meaning as to what could be meant by "fiscal union". And even at this late hour, there is no indication that even Merkel knows what she will be pushing for.

But, in a very real sense, what Merkel wants is almost an irrelevance. Germany – contrary to the opinion of some – is not the European Union, and she does not run the EU, at least not when it comes to the treaty change that would be required to effect the mythical "fiscal union".

To get an agreement here, all 27 countries must agree unanimously, and every single country has an equal vote. Germany may propose, but the 27 dispose, and unless Merkel can carry them all with her, she is lost.

Then there is the time scale to take into account. The "summit" next week isn't a summit – it is a European Council, although it will briefly have to turn itself into a summit in order to convene an intergovernmental conference (IGC), the only body that can negotiate and agree treaty changes.

That, of course, means that there will be no changes at the "summit" – there cannot possibly be. Convening the IGC just kick-starts a process which from recent experience we know could take years. And what goes in at the start is not necessarily that which comes out at the other end, as we also know.

Thus, what is this commitment? When can the EU finally be said to have committed to fiscal union? Even with all the signatures on a treaty, the process is far from ended. Every member state must ratify treaty changes, and some – notably Ireland, possibly Holland and most certainly Denmark, plus some others – will require referendums.

Even if everything goes swimmingly here, we are talking about a process which is going to take several years – to the end of 2013 and beyond. Furthermore, the process will not be certain, with a commitment considered to have been made, until every member state has ratified.

Thus, what is Pimco saying? Their rapid fiscal union isn't going to happen, and there will be no bankable commitment until all the procedural steps are completed.

Turning it round and focusing an analytical gaze on its pronouncements, one has to conclude that they are producing garbage – extruded verbal material. They may know about bond investment but, like so many money men, they know very little about the politics of the European Union.

Somebody you might have thought knew better is Daniel Hannan, who gives us the benefit of his "wisdom" in the Daily Mail clog. But, like so many "above-the-liners", he is so full of himself that there is no room for anything from an external source. If it is not invented by his delicate little brain, it does not exist.

Hilariously, he uses the Churchill "Shunamite woman" quote to finish his piece, but gets the text wrong, and – all importantly – the context, placing it in 1946 when in fact it was published on 13 February 1930, in the New York Evening Post. Interestingly, the exact details are in The Great Deception, of which Hannan has blagged several free copies, but obviously never read.

The Hannan thesis here is that, "We'll never get another chance like this to get a better deal from Europe. So why won't we demand one?" He is back on the well-worn but futile track of trading budget agreements for changes in the treaties – something which cannot happen without an IGC – and then the prospect of treaty change, during which the UK should demand repatriation of powers.

One really has to concede this of Hannan, that he never lets (lack of) knowledge interfere with his pontificating. And once he has laboriously crafted an idea, it is infinitely recycled without change. But the scenario he postulates isn't going to happen, was never going to happen, and even The Boy has given it up as a lost cause.

It is germane to note, incidentally, that Hannan bases his legend on the presumption that Merkel and Sarkozy are in agreement about treaty change – which they are not at present. That may change by later today, after their meeting, but it isn't the case at the moment.

As it stands, Sarkozy seems to want the intergovernmental route, with unilateral treaties between members of the eurozone, thus avoiding the need to amend the Lisbon treaty and, crucially, ending up with an agreement that is not enforceable by the ECB – in other words, not fiscal union.

Hannan has it that Sarkozy told a rally in Toulon that Europe needed to be "refounded" and "Angela Merkel agreed", which she did not. Textual analysis of the pair's speeches shows them to be talking about very different things, with no meeting of minds. They are poles apart.

Strangely though, while Merkel's fiscal union looks fraught, so does Sakozy's intergovernmental agreement – and the blockage could well be Merkel – or, to be more specific – Germany. It is far from clear how much room for manoeuvre there is, to conform with the German constitution.

Putting all this together, it is very clear that the general thrust of analysis that we are seeing in the MSM bears no relation to reality, no matter whose name is attached to it.

Then we have the peddlers of court gossip, trying to plant the Union Jack on the issue, the likes of James Kirkup speculating as to whether we would need a referendum in the UK to approve a treaty change.

But so muddy is the situation that this is a downstream problem, with major issues to be settled before this becomes of even marginal relevance.

The crucial issue, as I see it is how the "colleagues" can square that circle. On the one hand, they seem to be saying that the crisis cannot be resolved without a treaty change, to enable discipline to be enforced on the errant eurozone members.

But the practical realities are that there cannot be a swift treaty change, and it is by no means certain that treaty change of the nature said to be required is even achievable.

Given that immediate action is needed – not in years but in days - what then do the "colleagues" propose as a stop-gap, to resolve the immediate problems, in the years that it takes to deal with the treaty issues?

On this, both the "colleagues" and the commentariat are silent. One can understand the politicians not wanting to discuss it, but these are the difficult questions which need asking – and are so far going begging. Instead, we are being offered a narrative that simply does not make sense.

But then, you cannot ignore "Europe" for all these years and then suddenly know enough about the subject to ask the right questions at the right time - making sense out of complex issues when the politicians are trying to pull the wool over your eyes.

And therein lies the problem. An ignorant media has never really explored nor understood the issues, and is simply not up to the job when it comes to understanding or reporting accurately on what is going on.