Another lurch to the bottom 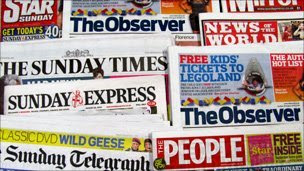 Rod Liddle in The Spectator tackles the Osama Bin Laden controversy, with a piece entitled: "The 24-hour rush to certainty leaves plenty of room for conspiracy theories". This is a commentator whose heart is in the right place, so the conclusion he draws is vaguely sound. There is "a greater tendency to swallow things whole, for the sake of the story, than was once the case", he writes. He wants "a little less avid, panting credulity from our journalists" and for them to stick by the old journalistic credo.

This, of course, was exactly the line I took when the news broke, only to attract the scorn of the clever and sophisticated Tim Montgomerie and his soul-mate Tom Harris MP, the former dubbing me an "OBL denier" and the latter a "nutter". Following this penetrating analysis, incidentally, we have heard no more from them, and e-mails go unanswered.

Nevertheless, Mr Montgomerie was quick to applaud his hero Dave, who broke off from his partisan obsessions also to take the US claims at face value, recording a welcome for something which, to this day, is not proven. However, endowed with the "wisdom of Twitter", Mr Montgomerie is content to rely on this to tell him what to think. So much for the intellectual wing of the Conservative Party.

These excursions aside, we return to Liddle to find that, while making the right noises – and in particular that journalists should not report as a certainty that which has only the status of a claim – he seems to fall into the familiar trap of assuming that disbelief (or, more accurately, lack of belief) is necessarily the harbinger of the conspiracy theory. 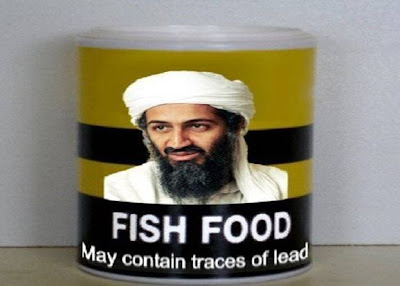 He shows no sign of understanding that refusal to accept an unsupported assertion does not of itself require the formulation of an alternative hypothesis – the null hypothesis is self-generating. Yet there lies our stance. Mr Obama's claim is interesting. It may or may not be correct, but we would like to see some evidence. And that, to this day, remains our position.

To give the man his due,  that same lack of evidence sticks in Liddle's craw, as well as the bizarre decision to dispose of the supposed corpse at sea – behaviour which positively invites scepticism if not total disbelief.

But, on top of events as always, Liddle then merely comments on the refusal of the US government to release a recording of the live feed supposedly watched by Obama's team. He is unaware that there was no live feed, and that the much publicised scenario of Obama watching the demise of Bin Laden was wholly false.

It is this, amongst other things, that sticks in my craw. Having displayed the gullibility of naïve six-year-olds, the newspapers that have fallen for the falsehood and published the story – or analyses dependent on it – have sailed on regardless, with no attempt to correct their copy or offer anything approaching an apology or expression of remorse. Being the MSM, it seems, means never having to say you are sorry.

Here, once again, we see the leadership coming from the blogs, while the MSM gallops lemming-like over the cliff. How ironic it is - to the point almost of impertinence - to have the faith-laden media then pontificate about the spread of conspiracy theories. And they are still at it, the pomposity exceeded only by the mind-blowing ignorance.

There is no conspiracy theory about the state of the media though. We have over the last week seen another lurch to the bottom, the lamentable childishness of so many journalists and their editors now coming to the fore, as they displayed their total lack of editorial judgment, and their reporting incontinence.

The sadness is that the media show no signs whatsoever of learning from their recent experience and are continuing just as before. Thus do we mark the decline and fall of an industry.