The system is broke 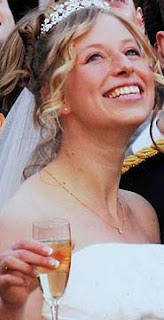 I would not be so bold as to assert that I am the only writer in the world who can see links between the death of Sarah Bryant and her colleagues in her Snatch Land Rover, and the proceedings in parliament yesterday over the "Climategate" e-mails.

Nevertheless, links there are at several levels and drawing them together provides graphic illustrations of the fundamental flaws afflicting crucial parts of our society.

In short, what binds Snatch Land Rovers and climate change together are four egregious failures – a failure of government, a failure of parliamentary opposition, a failure in the crucial system of select committee scrutiny and a complete failure of journalism.

To explore these in any great detail, however, would take far longer and require far more prose than the average reader could tolerate, so I need to rely on an outrageously short series of assertions, with the view perhaps returning to the issues and developing them in further posts – or not ... who knows.

First then, the Snatch Land Rover, the story of the tragedy outlined – completely unsatisfactorily in The Times and elsewhere - there is far more to this than we are being told .

Failure number one, in no particular order, is that these vehicles should never have been in theatre. The reason they were is a very long story, but stems from a series of procurement errors going back a decade or more, where the wrong vehicles we bought, money was wasted and massive delays occurred. Thus, on that fatal day, the 17th June 2008, five soldiers were in the wrong place at the wrong time in the wrong vehicle. Four of them died and one was very seriously injured.

That much was a failure of government. But, in as much as the events which happened that June were the consequence of not one but a series of poor decisions over a decade or more, the fact that the errors were not picked up and challenged puts the opposition in the frame.

Then, because many of the errors were technical in nature and required careful detailed scrutiny, this needed the sort of attention that only a select committee could give – in this case the Defence Committee. It too failed.

At any stage though, the failings of all three institutions could have been picked up by the media, explored, criticised, turned into a cause celebre and thus brought back to our parliamentary representatives, by which means ministers could be forced to take action.

That, in effect, was what happened in June 2006 and in the months following, when a campaign kicked off by this blog gained traction in the media and we got some improved vehicles into theatre, which saved lives and are still saving lives.

Those long-time followers of this blog know exactly what we did and will also know that I have worked very closely with Ann Winterton MP, who will be sorely missed when she leaves the House when it dissolves for the election.

Her effectiveness, based almost entirely on my research and the aid of a small, secret team that we have built up, was acknowledged yesterday in a defence debate by one of my least favourite MPs, Gerald Howarth. At least, though, he had the decency to state from the floor of the House that Ann:

... made her case with a stiletto-like performance on the need for armoured vehicle designs that are more likely to save lives than lose them, as she has done so effectively in the past, as has been acknowledged.

The point, though – which I have made many times – is that, confronted with a failure of government, the nexus of an informed media and a focused parliamentary opposition can effect change. If it is used effectively, despite its inherent limitations, it still works.

It might have worked better and quicker had the Defence Committee done its job properly and the Bryant tragedy most certainly could have been avoided had it performed, but at least on this occasion, we got some remedy – too little, too late, and it was not followed through. But at least we have the consolation that there are men alive, and many more uninjured, who would today be dead or terribly injured.

And so to global warming. In accepting the myth and responding to it, we have a long-term continued failure of government. It may be in a different league to the Snatch Land Rover, and a completely different policy area – but the mechanisms of failure are identical.

Arguably, confronted with forensic, informed and continued challenge from the opposition, backed by a similarly well-informed and properly focused media, much of what has come to pass by way of public policy simply could not have come to pass. Could either the feed-in tariff or carbon capture and storage survive a clinical, sustained and very public attack?

But in those specific issues, and many more, parliament has failed. And, perhaps for the first time, many people actually took the time out yesterday to watch a select committee at work, and were appalled by what they saw.

But if they saw ignorance, incompetence, blind prejudice and stupidity at large, it is mo more or less than what happens day-on-day, in other committees, not least in the Defence Committee, about which I have written many thousands of words. This is not a problem with one committee on one day - they are all as useless. The system doesn't work.

So it is that we are suffering across the board. Thus, while each of us tends to have our own specific interests and obsessions, and rail against the problems and vicissitudes in our chosen fields, we are all having to deal with the consequences of the same fundamental failures – what amounts to a multi-facetted system failure.

And that is what politics is about – and that is why Snatch Land Rovers, global warming, the European Union, schools, hospitals, policing ... you name it, are about politics. The system is broke and it needs fixing.