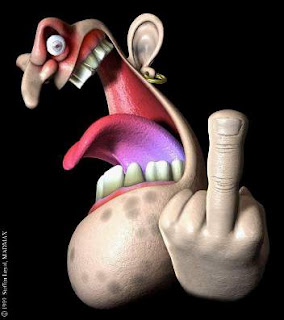 Pachauri is looking even more shaky, according to Ben Webster in The Times, as his allies peel away.

The latest is John Sauven, director of Greenpeace UK, who wants Pachauri replaced. He says of the Himalayan glaciers that the good doctor should have acted as soon as he had been informed of the "error", even though issuing a correction would have embarrassed the IPCC on the eve of the Copenhagen climate summit.

"Mistakes will always be made," says Sauven, "but it's how you handle those mistakes which affects the credibility of the institution. Pachauri should have put his hand up and said 'we made a mistake'. It's in these situations that your character and judgment is tested. Do you make the right judgment call? He clearly didn't."

Pachauri is the man, of course, who when first confronted with doubts as to the glacier claim, dismissed their author as indulging in "voodoo science", refusing even to countenance error. And now, under the tutelage of its master, the IPCC is repeating the mistake.

In a press release issued yesterday, it gave a no compromise response to the latest gaffes to be detected. It writes:

Recent media interest has drawn attention to two so-called errors in the Fourth Assessment Report (AR4) of the IPCC, the first dealing with losses from disasters and the second on the subject of Amazon forests. The leadership of the IPCC has looked into both these instances and concluded that the challenges are without foundations.

In neither case, did we find any basis for making changes in the wording of the report. We are convinced that there has been no error on those issues on the part of the IPCC. We released a statement about the disaster issue. As far as the second subject dealing with the Amazon is concerned, again, the IPCC has valid reasons for publishing the text as it stands in the report.

In response to these baseless charges, we have decided to provide details on the manner in which the IPCC has implemented its principles and procedures. These are the foundations that provide assurance on the validity and accuracy of statements made in the AR4.

Those "details" are here, an amalgam of complacency, insufferable arrogance and wishful thinking, demonstrating that the organisation has learned nothing from its "Glaciergate" experience. Such is its inability to read the mood, it seems set to conspire in its own downfall.