Prepared for the wrong eventuality 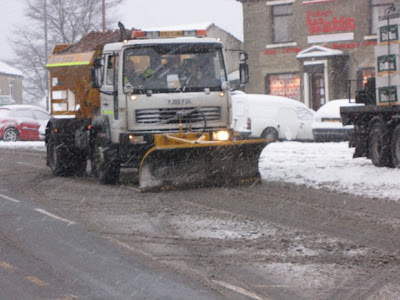 The Department for Transport defended its record, indicating that Britain experienced such weather so infrequently that investing in improved technology would be a waste of money. "Countries that regularly suffer severe weather put huge investment into buying expensive equipment but we do not believe people would want us to do this in Britain when it would be very rarely used," a spokesman said.

So reports The Times on the growing shortage of salt, which is hampering efforts to get Britain moving.

Of course, if they had spent a fraction on winter preparations of the billions they have spent on global warming, we would not be having these problems. But then it would take a grown-up newspaper to make that observation.