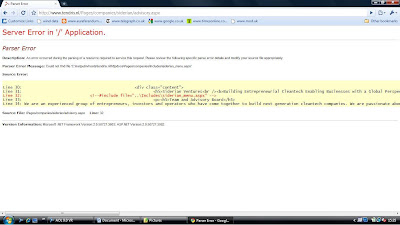 While Dr R K Pachauri pens his attempt at self-justification, strange things are happening on the internet.

Picked up by an Indian specialist IT blogger Techgoss, it seems that some of the embarrassing evidence of Pachauri's commercial interests, that we reported earlier – and much more besides – is disappearing.

What we have "lost" is a particular page on a site owned by the Tendris Group group, with a subsidiary called Siderian ventures, a San Francisco-based venture capital firm specialising in "sustainable technologies".

Siderian in 2007 appointed Pachauri to its senior advisory board, where he was expected to provide the Fund with "access, standing and industrial exposure at the highest level". How much Pachauri – or his institute – is paid for his services is not disclosed and the good doctor has been extremely reticent about even mentioning this association. 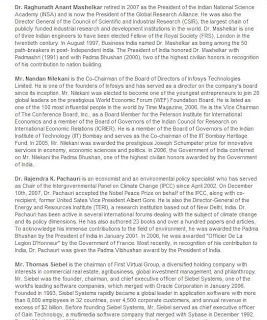 And, to spare his blushes, it appears that the original page has been taken down by its owners – removing traces of Pachauri's appointment. However, the Google cache still survives and all the details (until recently) could be read there.

However, there is much more to this than just Pachauri. As Techgloss points out, not only has Siderian been snapping up the chairman of the IPCC for his "access, standing and industrial exposure at the highest level", it seems to have bought up some high level Indian politicians as well.

Largely unknown to Western audiences, we have figures like Nandan Nilekani who, as an icon of the Indian tech industry, resigned his job in the private sector to join a government project with ministerial rank. But Mr Nilekani too is a Senior Advisor to Siderian, expected to provide the Fund with "access, standing and industrial exposure at the highest level". But, as Techgloss observes, no Indian Minister or senior government official can be an advisor to an American or European company.

Now Siderian has removed the incriminating evidence from its website, we can expect more of this as Pachauri and his cronies attempt to cover their tracks. But these are the actions of guilty men. If they had nothing to hide, their names would still be on the website and they would still be declaring their intent to provide "access, standing and industrial exposure at the highest level".

PACHAURI THREAD
Posted by Richard at 15:22