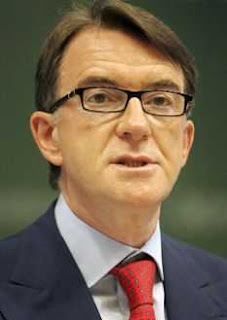 The long expected cabinet reshuffle pulls back Peter Mandelson from his post as EU trade commissioner to join the government as business secretary, sitting in the Lords. Despite his chequered history he cut his spurs fighting a losing battle over the Doha round but, in so doing, demonstrated a shrewd grasp of complex issues and considerable tactical skills. Love him or loathe him, he brings an intellectual weight to the government that it is currently lacking.

The bad news is that defence secretary Des Browne goes. The twitterers will make the usual facile comments, unaware that by the accounts of knowledgeable insiders, he is by far the best defence secretary of this entire Labour administration, and many more besides.

In leaving, however, he has bequeathed the Army a gift of £500 million-worth of mine protected vehicles, having signed off the order before he departed. Much blood was spilt on the carpet to get this far - even more on the battlefields of Iraq and Afghanistan. Few people realise just how much this man has contributed.

Browne's replacement is John Hutton, moved from the business portfolio which will be occupied by Mandelson. Hutton is one of the few people in the Brown cabinet who is talking sense on energy and his departure may bode ill. Of all the people who could have taken over defence, however, Hutton is probably the best choice.

Even worse, energy is to be hived off from business, and combined with a new department of Environment and Energy. There are suggestions that this could go to Ed Miliband. It would make him responsible both for pushing nuclear power and protecting the environment - a complete and utter disaster where the greenies in what used to be Defra will massively outnumber the energy wonks.

Rabid europhile Geoff Hoon departs from his post as chief whip to take over at transport from Ruth Kelly. A total, unmitigated disaster as defence secretary, Hoon will doubtless devote his energies to implementing the EU's ever-encroaching transport policy. We can expect rapid moves towards satellite-based road charging and increased zealotary on road safety.

The "Brownite" Nick Brown takes over as chief whip. Always known as a "fixer", he is best remembered, by those with a memory span longer than the nano-second of the average political commentator, for his disaster as agriculture secretary, in the days when we still had a ministry of agriculture and a farming industry.

More changes are expected, and there has been no word on Mandelson's replacement on the commission. As always, in our own fitful way, we will keep you posted.