An air of unreality … 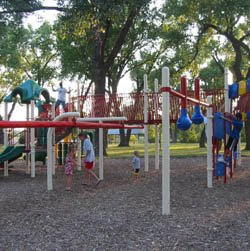 There is an unsettling air of unreality about this stage of the banking crisis, not unlike the Phoney War in 1939-40 writes The Daily Telegraph leader.

No more so it that true than with the British political blogosphere. This is the "new media" that was going to take on the dinosaur MSM and play it at its own game. So, while the MSM is full of stories about the financial crisis, with the skies darkening and a sense of impending doom, where are the blogs?

Well, a quick sample has Ian Dale looking at an arcane issue on the constitution. Tim Worstall, whose blog has a reputation for economic comment, deals with the vexed question of mothers of struggling families who are shunning ready meals and buying cheaper fresh food as the credit crunch squeezes household budgets.

Worstall, incidentally, is press officer for UKIP, but do not look to that party's website for anything either.

Then Devil's Kitchen laments the loss of a blogger – in his usual foul-mouthed way – while Conservatives Home features the official Conservative Party blog. CH is to be congratulated on finding the only political blog worse than the UKIP website.

Strangely, Guido Fawkes does deal with the financial crisis. In an economically illiterate piece, he notes that the government can flood markets with liquidity "but that won't can't fix insolvency" – seemingly unaware that we have a liquidity crisis, not a solvency crisis. He should stick to his tittle-tattle.

MP Nadine Dorries, fêted by the chatterati, has not posted since Thursday, when she was eulogising over David Cameron. "He will be a great man, has all the qualities needed to become the next Churchill, my own personal political hero," she writes.

Archbishop Cranmer looks at a plan to renew Britain – if we have one left after this week - while the Spectator Coffehouse blog does … Mandelson. Not a sheep does allotments – we'll need those – and Daniel Hannan gets annoyed about the EU using this crisis "to adopt a series of deeply integrationist new measures while not even attempting to enforce free competition among its members."

In his comments, a reader notes that Christopher Booker in Sunday's Telegraph made the point that the EU directives 2006/48 and 2006/49 (the Capital Adequacy Directives) have the capacity to make the situation worse in the EU than the USA. "Do you have any view on this?" the reader asks. Of course he doesn't. The great Hannan didn't think of it first, so he is not going to mention it.

In the United States, the blogosphere came of age in the 9/11 crisis and went on from strength to strength, now taking an active and possibly decisive role in the presidential campaign. In what has been described as the "financial 9/11", the British blogosphere has gone AWOL, retreating into its second childhood.

As a passionate believer in the power of blogs, and their importance (why else would I devote so much time to this one?), I can only express dismay and not a little shame. Some time ago, my co-editor offered a recipe for the blogosphere, if it was to grow up.

Sadly, it looks like it wants to remain in the playground, although one reader tells me we should look here.