What you are not allowed to know…

Regular readers of Booker's column might detect a rather curious lack of detail in his story about the murder of a soldier driving a Pinzgauer Vector in Afghanistan. 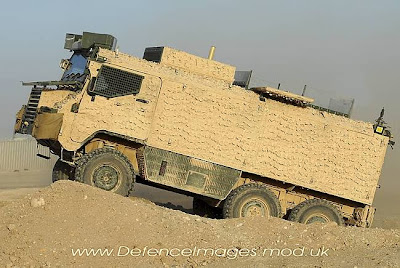 We can only speculate as to why that might be but, those with an idle moment might care to look at this entirely unrelated site which, of course, has absolutely nothing to do with the Booker story.

Remaining in speculation mode, the thought occurs that the MoD might possibly be keen to conceal details about what is known in the trade as a "cock-up", spending huge amounts of money on sending a dangerously vulnerable vehicle to Afghanistan, putting our troops unnecessarily at risk.

However, it surely cannot be because the MoD wants to conceal this information from the terrorists. They have been highly adept at producing detailed video training films, which they post on the internet, identifying coalition force vehicles, their weak points and the tactics for destroying them. Routinely, they film their own IED hits and post them on websites as well.

Thus, one might just speculate that the real concern of the MoD is to conceal their own failures from the British public and taxpayers, and from the soldiers who must ride in these "coffins on wheels", in procuring inadequate vehicles when cheaper, better vehicles are readily available.

But then, we must emphasise, this is pure, idle and totally unfounded speculation. That cannot possibly be the real reason at all. The experts at the MoD could not possibly be wrong. How could anyone think otherwise?

All of that goes to show how irresponsible and ill-informed bloggers really are.