A touch of obsession 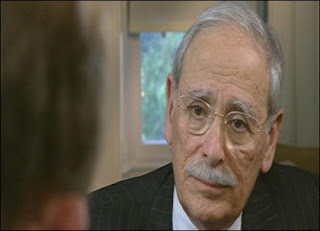 Irwin Stelzer gets the op-ed in the Telegraph to write about the revamped EU constitution under the heading: "Brown must climb down on EU vote".

Brown, he writes, has painted himself into a corner by insisting that he will not submit the new EU Constitution to a referendum, a stance which "represents perhaps the greatest threat to his ability to win the next election." And it is not only that Brown's decision to bulldoze ratification through the Parliament will make most of the media line up against him. It is that Brown will with one stroke undermine his reputation as a straight-talking, spin-free politician.

Thus we see another writer struggling with the enigma that is Brown. The underlying puzzle here is why a man who has been single-minded to the point of obsessive in seeking power should now risk all for an EU treaty that has the potential to bring down his government and him with it.

Sketching out a scenario where the whole of the electorate might oppose Brown on the treaty, Stelzer posits that it can be broken down into three categories: those who oppose the treaty as nothing more than the old, rejected constitution masquerading under a different name; those who are indifferent to matters such as British sovereignty; and those who favour the treaty.

The first group, in Stelzer's view, will most certainly weigh Brown's willingness to sign on against such other virtues as they might deem him to possess; the second will have to decide the weight to accord to Brown's decision to walk away from his manifesto promise to give them a referendum on this question. And the third are likely to wonder, at least a bit, whether the adoption of the treaty through the back door bodes well for the future of the open, democratic, spin-free government that Brown has promised.

Evidently, Stelzer believes this an untenable position and his guess is that, as the untenable nature of his position becomes clearer to Brown, he might well seek a dignified way to re-examine (climb down from) his unfortunate and hasty statements denying the necessity of a referendum. On the other hand, writes Stelzer, Brown can stick to his guns, and refuse to give voters a chance to reject or approve a "treaty".

As analysis, that is what is known as "having your cake and eating it" – he might seek a dignified way out, or he might not. Nice work if you can get it.

Furthermore, there are other little niggles. Firstly, as we pointed out earlier, if Brown goes to the country with the treaty ratification hanging, it will be on the basis of a new manifesto which, presumably, will endorse the new treaty. The charge that Brown has broken a manifesto promise, therefore, will no longer valid.

Secondly, one might expect Brown to argue that the general election is in itself the appropriate electoral test, challenging voters to reject him in the ballot box if they disapprove of the treaty. Against what might be the continued weakness of the Tories, he could present the very fact that Cameron supports a referendum as evidence of that weakness.

Thirdly, from the evidence we have seen, Brown's government is determined to argue black is white – that the "Constitutional concept … has been abandoned", presenting that statement as evidence that the new treaty is not the constitution.

Then, of course, Brown will pack his new maifesto with other "goodies", asking the electorate whether they are prepared to ditch all those simply to reject a treaty which, he will argue, is "good for Britain" and, about which, the majority of people will be indifferent.

On that basis, any election would boil down to a traditional "us versus the Tories", with the treaty relegated to just another contested issue, the ultimate decision of the electorate resting on whether they prefer Brown or Cameron.

Inevitably, though, all these calculations rest on the supposition that Brown goes to the country early. But he could just as well plough on, ramming the treaty through parliament and holding off until 2010 before he calls an election. By then, he might calculate, the electorate would have largely forgotten the treaty and, being a "done deal", no longer would the Tories be running with it.

Cameron could, if he was so minded, spike that ploy by pledging a referendum if his Party is elected - whenever that might be - and promising to abrogate the treaty if the "no" vote prevails, but one somehow doubts he will do that.

All that leaves us with, therefore, is speculation as to whether Brown will call an early election – will he, won't he? We're getting as bad as the political hacks. But the substantive issue is what do we do about the treaty? There, we need the "perfect storm", growing outrage that indicates to Brown that ratifying the treaty without specific public approval is a step too far.

For once, we need to be as obsessive as Brown.