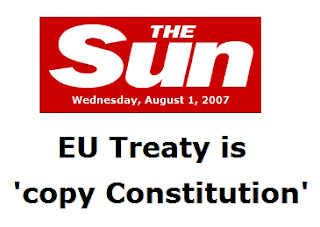 Er... When was the European continent last united - and was that a good thing?

Anyhow, that is the first line of the preamble to the new "reform" treaty, now available (at last) in English: