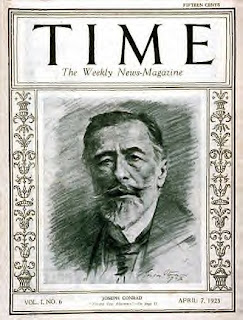 One should be grateful for the existence of Poland. What other country can provide us with quite so much entertainment in quite such a short period of time?

Last week Roman Giertych, the Education Minister, announced that numerous classics of world literature (yes, m’lud, they are studied in schools in various countries) would be dumped in favour of well-approved, morally sound and, above all, Catholic writers.

Thus “the works of Goethe, Dostoyevsky, Kafka and the Polish-born Josef Conrad were to be dumped in favor of nationalist or Catholic authors like Henryk Sienkiewicz and the late Pope John Paul II. The aim was to instill patriotism in Polish youngsters.”

Other candidates for the scrap heap were modernist writers, including Polish ones, such as Witold Gombrowicz and Stanislaw Witkiewicz. Someone should tell the Education Minister about modern European history. After all, we have been here before and, actually, not that long ago. June 6 is a good day to remember what it was that so many, including the Poles (whose lives are now being offered up in sacrifice for the square root of the voting numbers in the European Council), fought for.

There was an immediate outcry in Poland and Prime Minister Jaroslaw Kaczynski in a rare attack of sanity, went on radio to announce that this may have been a joke but was in very poor taste. The classics, he insisted, will stay on the Polish school syllabus. Children will go on reading Goethe, Dostoyevsky, Kafka and Josef Conrad.

I wonder if we might persuade the Poles to come over to this country to put together a literary syllabus for our schools that would include the classics of Britain and the world.
Posted by Helen at 16:53