The contradictions of Polish lustration 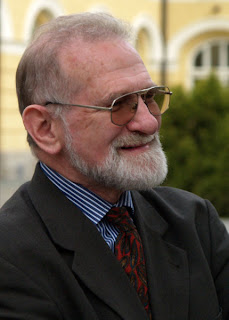 We wrote a few weeks ago about the new Polish law of lustration that is not only demanding that all sorts of people should fill in a form with assurances that they did not collaborate with the Communist secret police, but extended the categories of people to whom it should apply. Just to remind our readers:

The new law drastically extends the dragnet of earlier legislation, which required some 30,000 lawmakers, government ministers and judges to make sworn declarations stating whether or not they collaborated with the communist-era secret police. The expanded measures oblige some 700,000 more Poles - academics, journalists, managers of state-owned firms, school principals, diplomats and lawyers - to file such affidavits or face the sack. They will be checked by the National Remembrance Institute (IPN), which earlier this month charged former Polish president, General Wojciech Jaruzelski, with "communist crimes" for declaring martial law in 1981. Anyone found to have fudged the truth in their declaration is barred from their profession for 10 years. Failure to fill in a form could cost a refusenik their job.

“Refusenik” was the term applied to the Soviet Jews who had applied for visas to emigrate to Israel and had been refused. What goes around comes around. This seems to be the opinion of a few other people as well.

Today’s Daily Telegraph carries an article by its Berlin correspondent, which explains that one of the leading experts on Poland’s history, Professor Norman Davies (from experience I’d say he knows a good deal more about Poland than, say, Russia or, for that matter, the European Union), has lashed out against the new law.

Norman Davies, who wrote a best selling history of Europe and holds a honorary chair at the University of Krakow, is one of 700,000 people in Poland being targeted by a far-reaching new law aimed at uprooting communism's legacy in the country.

Like them he has been sent a questionnaire demanding to know the extent of any "co-operation" with Poland's communist regime, which fell in 1990. Those who fail to sign the document and return it within a month are to lose their posts, and banned from holding public office for 10 years.

Professor Davies’s attitude is quite robust:

Academics and journalists are in the firing line. This is nothing to do with winkling out collaborators. This is about showing loyalty to the Kaczynskis.

Professor Davies is not, by a long chalk, a conservative historian but he may remember Lord Acton’s famous dictum:

Of course, the Kaczinskys do not have absolute power. Far from it. But they do seem to be somewhat intoxicated with the measure of it that they do have.

Meanwhile, there have been other high-level “refuseniks”. Tadeusz Mazowiecki, Poland’s first democratic Prime Minister has refused to comply with the new vetting law, pointing out that he has, in the last decade, filed three declarations of that kind and had no intention of filing any more.

The most interesting case is that of Bronislaw Geremek, the man who ought to have been chosen to be the President of the European Parliament after the new countries’ members had taken their place.

Geremek is a noted historian and a founder of the Solidarity Movement. He was a member of the Polish Parliament after the fall of Communism and Foreign Minister from 1997 to 2000. He is now a Member of the European Parliament, elected on the Freedom Union (UW) ticket.

He is clearly worried that there is a certain retrograde possibility in this law:

A law like this reflects governance based on exploitation and the creation of conflicts. It instills a sense of unease among citizens and a feeling that they are completely dependent on those in power.

Opposition groups have asked the constitutional court to rule on the legislation and the court will start considering the issue next month. To some this may appear a little too late.

Meanwhile, there is the question of Bronislaw Geremek’s seat in the European Parliament. He may have been elected to it by the Polish people (or those of them who had bothered to vote and put a cross against his name) but the Polish government appears to think that he can be stripped of this position. On May 7 the Polish Electoral Commission will submit a motion to Marek Jurek, the Speaker of the Polish Lower House, asking him to act on the case. Jurek is hedging his bets at the moment and talking about asking for more legal expertise.

Of course, one could argue that people must obey the law and people in public position must show a good example. On the other hand, there is a long-standing political theory that says, oppressive and unjust laws can and should be opposed. That was what motivated Bronislaw Geremek in the past and motivates him now.

EU reactions have been slightly odd. The President of the European Parliament Hans-Gert Pöttering said that he and the various political groups would do everything in their power to ensure that Geremek will keep his place. What that means in practical terms is unclear.

And in a rare criticism of a fellow EU member, France also came out in support of Geremek on Thursday. European Affairs Minister Catherine Colonna said in a statement she had telephoned Geremek to assure him of her "friendly support and solidarity." "A founder nation of the European Union and home to the European Parliament, France is particularly vigilant concerning the respect of the fundamental values on which European construction is based," Colonna said.

In the meantime, Poland is geared for its own Bronze Soldier saga, the Culture Minister having announced that it intends to take down the various Soviet era memorials including the Second World War ones. The only thing I find odd is that there are any memorials left to take down.