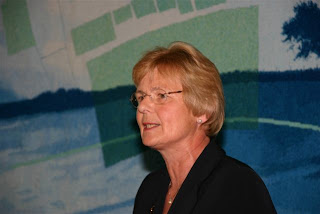 It is not so much the big issues like the performance of the British navy in Iraq that make me despair. After all, a casual reading of, say, Pepys’s diary will indicate that there have been ups and downs in British naval and military history before. I am never impressed by people on the forum who throw examples of past glory at me, shouting that we have reached an unprecedented low point. Those examples are always selective.

No, it is the smaller things that are infinitely more depressing. The feeling that one goes round and round in circles and nothing one does makes the slightest difference in the way matters are seen and comprehended.

Whether they will take steps to increase the amount of British food which is publicly procured.

I speak as someone who has, on occasion, tried to explain to the good lady that legislation to do with the public procurement of anything when the contract’s value is over £100,000 comes under EU legislation, namely the Public Procurement Directive. I might as well have spared myself the trouble. Neither she, now anyone else who took part in that short debate, including Lord Rooker who was replying on behalf of HMG seemed to be aware of this interesting piece of legislation.

It is true that there are certain ways of getting round it when it comes to food for some institutions not by using the term “local” but by making freshness and, possibly, organic quality a condition laid down in the contract. Of course, whether small producers can supply enough food to cater for a largish public department is a separate question. As is the rather wild assumption that British produced food is always better. This view, I can assure our readers, is not shared by a very large proportion of the British population, never mind the rest of the world. (Though I, personally, maintain that if you know where to shop you can get the best.)

Getting back to the Starred Question in the Lords. Lord Rooker’s reply was masterly in its lack of precise information:

My Lords, the Government are continuing to take steps to encourage and help public bodies to increase opportunities for small and local food producers, as shown by the guidance tools, the case studies and other information published on the public sector food procurement initiative website.

He was reminded by Baroness Byford that precious little progress has been made on this issue with HMG not knowing precisely which department in Whitehall sources British food and which does not. That is not altogether surprising. After all, HMG never knows what any Whitehall department does in any way.

My Lords, the noble Baroness makes a bold allegation, which I do not think is borne out by the evidence. In 2006 we produced Selling to the public sector—a guide to the Public Sector Procurement Initiative for farmers and growers; we produced the red tractor scheme for safe, assured and traceable food for the public sector; and this year we published the DIY guide to implementing the PSFPI—advice for practitioners, which is full of modules and case studies for farmers and local producers to get a grip on this.

The record of Whitehall departments is not perfect. Most departments know the percentage of British food served in 2005-06, but I regret to say that the Ministry of Defence, the Northern Ireland Office and the Home Office state that the information can be provided only at disproportionate cost. That is not good enough. No. 10 does not know. That is not good enough. I have the Prime Minister’s support on that. He said:

Later this year the Sustainable Development Commission will start publishing these figures for all around Whitehall, and therefore people will be on the spot.

The noble Baroness asked me about the Department of Health, but, looking down the list, it does not appear to be on it. Apart from the departments I mentioned, all the others seem to know. The Scottish Office and the Welsh Office, by the way, do not have in-house catering.

In other words, waffle by any other name.

The debate makes interesting reading and I definitely recommend it, particularly as it is very short. But please note the absence of the words European and Union. Some amount of depression is forgivable, surely.

Email ThisBlogThis!Share to TwitterShare to FacebookShare to Pinterest
Labels: House of Lords, legislation