This blog can reveal... 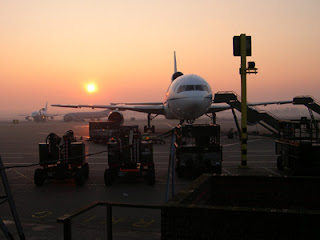 There is something especially loathsome about the style of reporting which we see all too often today, the type that has that idiot Thomas Harding reporting, "The Daily Telegraph can reveal…", a style that he is rather too fond of using.

In his self-important way, Harding claims to reveal this time that, "Ageing planes force MoD to pay for civilian troop transporters". But this blog can reveal that the source of his stunning scoop is the answer to a Parliamentary Question published on 5 December.

There's Glory for you ... The Daily Telegraph can reveal that its reporter read a month-old Hansard extract.

And, as he did with his ammunition story, Harding gets it wrong, in this instance eliding details of two different issues to draw the wrong conclusions from them – the classic two plus two makes five.

The gist of the story is that since last April, the MoD has spent £11,303,000 on chartering aircraft to transport troops and sundry VIPs to unspecified destinations, information gleaned from the Parliamentary Question, asked by Gerald Howard, he of Pinzgauer fame.

But, from that slender piece of information – no doubt with the help of Gerald Howarth – the egregious Harding asserts that it is the "ageing fleet of RAF transport aircraft" that has forced the MoD to spend this money. He writes that,

With its 40-year-old Tristar and VC10 passenger aircraft in need of constant repair and a second front opening in Afghanistan, the RAF has turned to non-military airlines to help ferry troops to operational theatres.

Frustration at Britain's vintage military transport fleet has sometimes led to near mutiny among soldiers who have been stranded for days while trying to get home on leave or at the end of a six-month tour.

This, actually, is because Gerald Howarth himself had a hard time of it when he visited Basra, but he (and Harding) has missed the point. Non military aircraft cannot deliver troops directly to operational areas because they are not fitted with the defence suites needed to fly in high-threat environments. But they are used routinely to ferry troops all over the world, and have done so since the dawn of time. It is often cheaper and more efficient to use charter companies, so there is no story, per se in the MoD incurring charter costs. 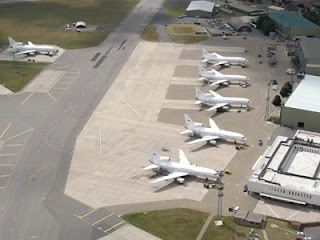 However, there is a shortage of suitably equipped RAF aircraft, something which the Sunday Telegraph noted back in May last year, but this is an entirely separate issue.

Thus, to put Harding's "revelations" in context, we look for confirmation that he is wrong. And we get that from a "military source in Basra", who says that, unless aircraft are fitted with specialist kit, "they will not be allowed into theatre because we will not put our guys into any danger". We are then told:

All flights into Basra are at night with a black-out inside the aircraft. Civilian planes cannot be used as special air defence measures are required for the hostile environment. The military has attempted to send troops from Basra on Hercules transporters to Qatar and then on charter flights home with Monarch Airlines but failed to get diplomatic clearance from the Arab Emirates.

The conduit of this fascinating information, readers will be interested to learn, is The Daily Telegraph on 7 October 2005. And the author of the piece - this blog can reveal - was, er... Thomas Harding.

Not for nothing does a contributor to a specialist forum suggest that The Daily Telegraph defence reporting "is widely seen as a joke".