Read this and wonder 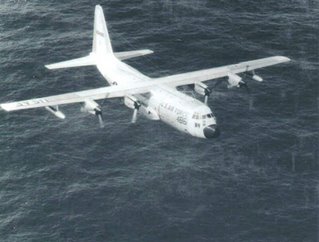 Any which way you look at it, the project is in trouble. We scented problems in October and now, no matter how carefully they word it, all the indications are that they are not going to make the 2009 deadline.

We are talking here about the Airbus A400M project, the military transport destined to replace ageing transport fleets in Europe. They say it is still "on track" but a review carried out in September has uncovered "significant" challenges for ensuring that initial deliveries are made in 2009 as planned.

These include the electrical harness design, a wiring problem that was also behind the latest delays to the A380 superjumbo project. Other "critical risk areas" for the A400M are engine modifications, the maturity of military mission systems, and the need for more work on the final assembly line, says manufacturer EADS.

The A400M is crucial for EU military ambitions. Germany has ordered 60 of the aircraft, to replace its ancient fleet, France wants 50, Spain 27 and Britain 25. Without that airlift capability, any idea of a European Rapid Reaction Force is a bigger joke than it already is. 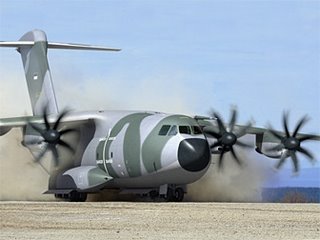 But, if this post is about the A400M, why the picture of the Hercules at the top? Well, this is the oldest picture I could find, circa 1960, and it really puts the whole A400M project in context.

A year before the 50th birthday of the Treaty of Rome there was another 50th anniversary and, in its own way, one more important. That was December 1956 when the very first deliveries of Lockheed C-130 Hercules were made to the USAF, from a batch of 219 machines.

Yet still the "Europeans" cannot even get their act together. All they seem to be able to do is produce a series of increasingly elaborate computer-generated pics while, 50 years ago, the Americans were putting the real thing into service. And, having undergone massive transformations, it is still in service, currently as the "J" version. When you think about it, that tells you all you need to know about the European dream.