Open Letter to our so-called legislators 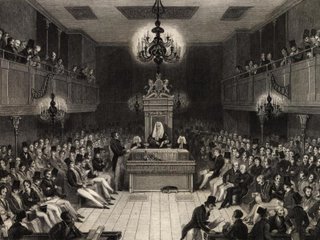 As it happens I cannot recall who my MP is at the moment. For many years it was Clive Soley, “a good local MP” I was told by a neighbour, though I saw no evidence of him being good at anything.

Now it is not he, as he has gone to the Upper House, where he has made no impression whatsoever. At the next election we shall be in another constituency, in any case, and who knows which nonentity will be drawing a largish salary with even larger expenses and looking forward to a very comfortable pension while managing not to represent me?

So, this letter is to them all, ladies and gentlemen, Members of the House of Commons!

I note in this morning’s newspaper that you have so far forgotten the honour that is being a Member of the House of Commons is as to complain, not for the first time, about your remuneration. Apparently, the basic salary of £60,277 for a back-bencher with an average allowance of £134,000 is insufficient for your individual needs or for the position you seek to occupy in society. And that is not reckoning the assured high pension out of public funds at a time when the Chancellor of the Exchequer has ensured that other pension funds get ever lower.

It seems that you feel that your salaries have fallen behind those of people in comparable occupation. Dear me. What comparable occupations would those be? I note that one MP, who had enough shame to want to remain anonymous, has groused that he was earning considerably less than the local GP.

This is not a particularly useful argument. In the first place, GPs pay their staff out of their basic salary. In the second place, GPs are not in “comparable” occupation. General Practitioners work and many of them work very hard. We know what they do. We see them when we are ill, when our children are ill, when our aged and not so aged relatives are ill.

What is it you do, ladies and gentlemen that would justify yet another pay rise? Do you legislate? Well, not in the eighty per cent of the legislation that comes, one way or another from the European Union and is passed on the nod because you do not have the right to reject or amend it. Let’s face it, you do not even bother to read most of it. There is a lot of material there, I agree, but it is you and your equally greedy predecessors, who made sure of this state of affairs.

Do you take part in debates, ladies and gentlemen? Not if the evidence of those empty benches is anything to go by. 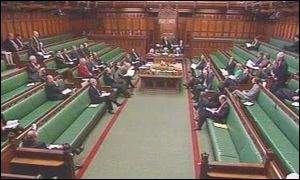 Do you pay attention to political developments inside and outside the country? Again, the evidence of our senses tells us no. None of you seem to have the first idea about what is happening to this country’s defence; how business operates; the extent to which education has been destroyed; or, for that matter, what it is the people who elected you really care about.

It is well known among us political researchers that briefing MPs is a complete waste of time. They do not bother to read even the simplest and shortest text, unless it consists of a couple of sound-bites that they can produce for a passing journalist or cameraman.

Do you ever attend political seminars of briefings organized by various think-tanks? Nobody has seen a single one of you except on the rare occasion when a leading member of your party gives the talk. Then you strut around, hoping that your zeal will be noticed. But would you, ladies and gentlemen of the Conservative Party, attend a seminar on free markets given by some leading economist at the Institute of Economic Affairs, as Margaret Thatcher used to? Let me know when you intend to. I want to be there.

Ah yes, but there are constituency matters. How many surgeries do you hold, ladies and gentlemen, Members of the House of Commons? If other professionals attended as few meetings as you do, far from getting pay rises, they would be out on their ears.

Do you write the letters to your constituents or is there a hard-working and seriously underpaid secretary who does all that with the help of a not so hard-working but equally underpaid researcher? Unless, of course, the secretary or researcher happens to be your spouse/offspring/other relative.

Who are these people in “comparable occupation” who can get away with as little work and be of as little use as you are? Why do you think that the number of people who can be bothered to vote for you decreases with every election? 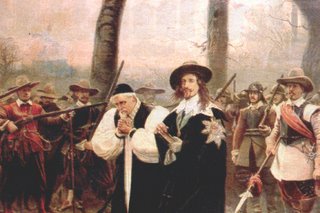 You are, of course, in the fortunate position of being able to extract money from the public purse without having to prove to anyone that you deserve it, as you are, supposedly, the guardians of that purse. Try to recall what happened to the King who behaved that way. In fact, King Charles I’s belief in the divine right of kings was balanced by his belief in the duties of the monarch as well. Whether he fulfilled those duties well, is irrelevant. He believed he had them.

Do you believe you have duties to fulfil? Or have you simply inherited the mantle of the overbearing ruler without the knowledge or understanding of what that ruler saw as his task on this earth?

Ladies and Gentlemen, Members of the House of Commons, may I suggest that instead of demanding a greater share of the public wealth, which you have, in any case, managed to reduce through your incompetence and idleness, you start meditating on whether the people whom you are supposed to represent are likely to allow you to continue in your already overpaid position for much longer.