The two faces of the European Union 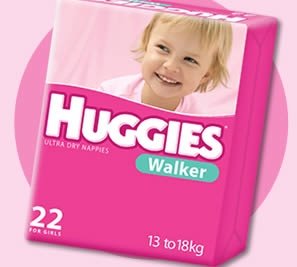 This week we had the Finnish taking over the EU presidency from the Austrians. They have declared that their presidency has two major priorities – strengthening the European Union and guaranteeing that it will become a competitive player in the world market. A third priority is the improvement of the EU's decision-making process.

They also complain that, during the past five years, the EU has not achieved the tangible results it expected. One reason has been the lack of coherency in the foreign policy decision-making process. The EU needs to speak with one voice and send one message out to the world.

That is the "high politics" side of the Union, where all the member state bigwigs get stuck in to the great issues of the day, but then there is the other side. This is a conflict, reported by the Financial Times, that has already taxed some of the EU commission's finest legal minds, required hundreds of hours of internal negotiations and exposed a rare split in the otherwise harmonious 25-strong executive body of the EU.

And the issue at stake? Er… nappies. To be more exact, five members states are applying the wrong rate of value added tax on babies' nappies and László Kovács, the EU tax commissioner, has for months been waiting for his colleagues' clearance to launch a legal challenge against

The great Mr Kovács and his advisers argue that nappies are not included on the list of goods exempt from the EU's minimum rate of VAT, currently 15 percent, thus putting the Czech Republic, Portugal, Poland, Hungary and Malta in breach of EU law.

It is therefore the Commission's duty to launch an infringement case against their governments and, in the normal run of things, launching such cases - thousands of which come up every year - is normally seen as a routine matter.

But not when it comes to nappies. The unfortunate Mr Kovács is facing a powerful alliance led by Vladimir Spidla, the EU social affairs commissioner, that is bent on thwarting his ambition.

The FT tells us that Mr Spidla, who hails from the Czech Republic, has secured the support of no fewer than three Commission vice-presidents - Germany's Günter Verheugen, Jacques Barrot from France and Sweden's Margot Wallström - and at least three other commissioners.

Such is the level of dissent that Kovács was forced to take the item off the agenda of last week's Commission meeting at the last minute, the main argument that any move to impose tax on nappies "would send the wrong signal to young Europeans", who are already proving worryingly reluctant to have babies.

There you have it, two extremes that are almost impossible to reconcile. One minute, they are planning to take over the world and, the next, they are worrying about nappies and "young Europeans" having babies.

How the hell are we supposed to make sense of, much less report coherently, such a convoluted organisation - much less take it seriously?