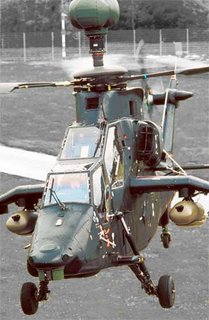 One should always be a little cautious about gloating over the failures of military equipment, purely on the basis of people living in glass houses…, and all that. British industry has come up with some spectacular failures – the Nimrod Airborne Early Warning system comes to mind.

However, it is a while since we had a good picture of a "toy" on the blog and, since the story is about "Eurocopter", the temptation to go ahead and gloat anyway is irresistable – so here goes.

The press story itself is based on a recently released report from the Australian National Audit Office, amongst which delights are included:

An Australian Military Type Certificate was awarded on 26 October 2005, which limited operations of in-service aircraft to flights where: there are no icing conditions; the maximum all-up weight is limited to 6100 kilograms; there are no shipborne operations; and the weather permits operations under visual meteorological flight conditions. In addition, the Service Release, which was also issued on 26 October 2005, limited the aircraft to test activities, instructor training, and demonstration and ferry flights. The Service Release limits operations involved in these activities to: no prolonged flights over water; no flights with sand filters fitted; no night flights using night vision devices; no flights where the radar altimeter is to be relied upon, and; no take-off, landing or operations close to the ground above 5000 foot pressure altitude.

The newspaper source states that the $1.9 billion contract to the armed reconnaissance helicopters is in disarray, with the supplier, Australian Aerospace Limited (a subsidiary of Eurocopter), asking for an extra $625 million to fix the problems. This has been rejected as "unjustified" and the supplier has been told to come up with a new proposal. 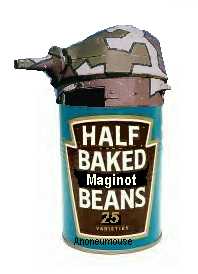 The Tiger was supposed to be an "off-the-shelf" solution, but has developed into what auditors describe as a "developmental program" with huge increases in schedule, cost and capability risk. The original contract signed in 2001 was valued $1.5 billion. A year after the first two helicopters had been delivered in December 2004, the army still could not use them.

All the same, one really cannot gloat too much. Did I hear anyone mention the Apache and the MoD? Nevertheless, the idea of a European attack helicopter that cannot fire weapons is vastly appealing - a bit like my Single European Tank really. It sort of sums up the whole EU "project".