A fundamental objective of the Union… 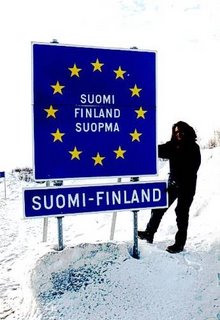 Recent events relating to deportations and the lamentable performance of the Home Office have focused on the deportation of "third country" criminals, the amount of unrestricted immigration from EU member states has not escaped attention, particularly as only recently we saw the second anniversary of the accession of ten new member states.

However, while the debate on this aspect of immigration has centred around its economic and social effects (some good, some bad), very little attention has been paid to the underlying political agenda in promoting the free movement of "EU citizens" across member state borders.

It is as well to remember, therefore, that there is a strong political agenda at the European Union level, which is expressed in Directive 2004/38/EC, which came into force last week.

This is the directive "on the right of citizens of the Union and their family members to move and reside freely within the territory of the Member States", replacing the earlier directive 64/211/EC, and it is in the recital to this new directive (point 17) that the agenda is explicitly stated:

What comes over from this is the hope that the movement of "union citizens" from one country to another, and the conferral of rights of residence on them, will, on the one hand, dilute the homogeneity of national populations and, on the other, create bodies of people within member states which owe their allegiance more to the European Union than they do the national governments.

Hence, we see, that promoting cross-border movement is "one of the fundamental objectives of the Union", in a move which, it is hoped, will eventually create a "European" demos.

The problem with this theory, of course, is that long-term residents – and certainly their children – tend to absorb the values and customs of their host nation and thus become attached to their new nation, rather than amorphous notion of "Europe". To that extent, one can thus see why there is also the attachment to "multiculturalism", which seeks to prevent immigrant populations becoming fully integrated.

The trouble is that this has spectacularly backfired with the Muslim communities who have taken up residence in European countries, but the fact is that the policy stems from the desire of the European Union to break down national identity and rebuild it at a European level.

The oft-used phrase "chickens come home to roost" comes to mind – but, as always, it is the PBI who suffer the consequences.